Disney Treasure cruise ship is set to debut in 2024

The next Disney Cruise Line ship will carry the name Disney Treasure. Following the Disney Wish, which debuted recently, the new vessel is set to enter service in 2024.

The announcement was made at the D23 Expo event in Anaheim, California, by Disney Parks, Experiences and Products chairman Josh D’Amaro who revealed the vessel’s name and initial renderings.

The sixth cruise ship in the company’s fleet will feature a new design concept inspired by the theme of adventure, paying homage to “Walt Disney’s lifelong love of exploration”.

With 1,250 guest staterooms, the sizeable ship’s atrium is said to be inspired by the fictional land of Agrabah, the setting of Disney’s Aladdin film.

At the centre of the atrium, guests will be welcomed by a signature statue of the film’s title character alongside Jasmine and the Magic Carpet. The cruise ship's design aesthetic will also draw from real locations in Asia and Africa. 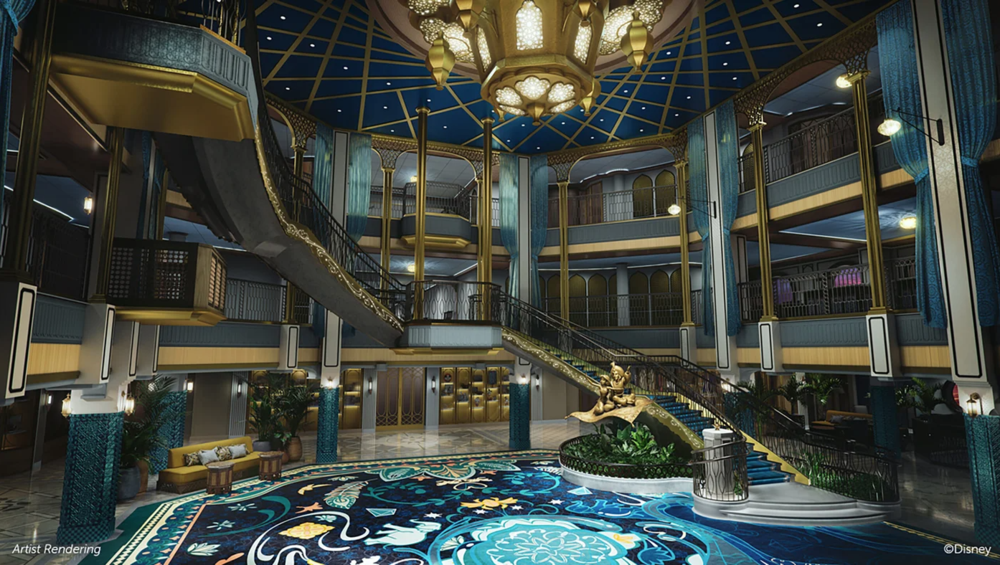 Disney Treasure will be built by the Meyer Werft shipyard and is part of a trio of Triton Class ships that debuted with Disney Wish when it launched in June 2022.

The first ship built for Disney Cruise Line in nearly 10 years, Disney Wish offers a series of short cruises to the Bahamas departing from Port Canaveral.

As is the case with its sister ship, the vessel will be powered by liquefied natural gas (LNG), one of the cleanest-burning fuels currently available to the shipping industry.

The third vessel in the series will set sail in 2025.