In the Maldives, I’ve regularly found myself staring down at enormous islands, silently hoping the resort I’m about to land at isn’t the one with the kilometre-long, villa-lined boardwalk snaking out to sea. Don’t get me wrong – there are advantages to staying at the bigger resorts, but Cora Cora Maldives, which opened last year, is a shining example of the benefits of smaller ones.

Location: It takes 45 minutes to travel by seaplane from Malé to Cora Cora Maldives, which is set across a 43-acre chunk of land on the Raa Atoll, and just a 10-minute walk from the pier to my villa.

Accommodation: The resort has 45 beach villas and 55 overwater villas – the largest of which is the sprawling two-bedroom Lagoon Pool Villa, which has two storeys and a slide. The highlight of my one-bedroom, overwater Lagoon Pool Villa is the semi-open-air bathroom. Next to the bath is a raised platform where hammock-style netting replaces the flooring and a section of wall has been replaced by a blind, which can be raised and lowered at will, creating the ultimate sunbathing spot. I lose count of the hours I spend peacefully sprawled on the netting, watching fish swim by below.

Unlike other resorts, with their multiple strings of overwater villas, the overwater accommodation lines a single boardwalk protruding from the island’s western tip. Most of the facilities are located on this side of the island, accessed via footpaths that weave through lush tracts of greenery. 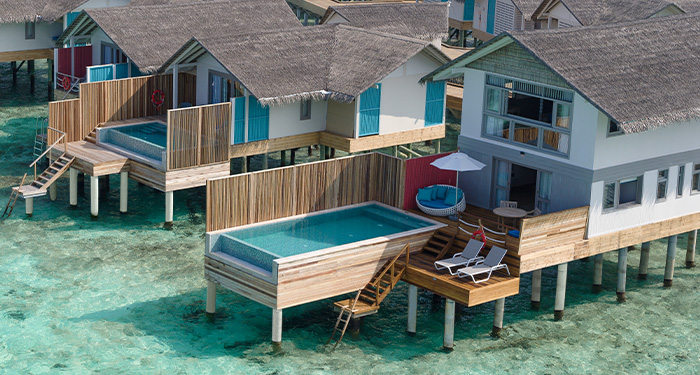 Character: There’s a sense that Cora Cora Maldives’ layout has been dictated by existing flora and fauna, rather than the other way around. Time after time I find crabs tottering along the boardwalk, having strayed onto the walkway accidentally (I take to carefully relocating them out of the path of the buggies driven by island staff) and at dusk, fruit bats flit between the palm trees. There’s another benefit to Cora Cora Maldives’ smaller size. I quickly forge friendships with staff members, like Animesh, the food and beverage manager (I provide daily updates relating to whether I’ve made it to the gym, and he shows me his Fitbit step count).

Food and drink: There isn't any in-villa dining, but the nearest restaurant is never far away. Acquapazza is Cora Cora Maldives’ Italian restaurant, while Tazäa is both the breakfast and all-day dining option. Ginger Moon celebrates Asian cuisine with lesser-known dishes such as soto ayam, a traditional Indonesian chicken broth, and samgyeopsal, a Korean dish made with pork belly. My favourite spot is Teien, the Japanese restaurant where I indulge my love of teppanyaki. It’s the only culinary experience that requires a supplement – of US$70 per person.

Activities: Guests who fancy something creative can book guitar lessons with staff member Mohamed. The lessons are free. More accomplished guitarists can simply spend an hour with him, jamming on the beach.

There’s a wide range of water sports available. As a keen diver, I make a beeline for the dive school, which offers Padi Open Water Diver qualifications and excursions to several brilliant dive sites. On my first dive, I explore a vertiginous coral shelf with Maldivian divemaster Mode. Within minutes, I see two scorpion fish and a moray eel that pokes its head out of a small hole before bearing its needle-sharp teeth. On my second day I see a large shark and too many eagle rays to count. 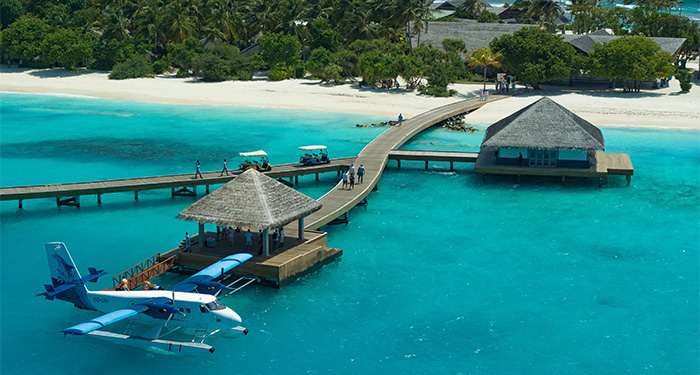 The island’s size makes it a great option for kids, too, who seem to love hanging out in the open-air reception area with its stacks of books and ping pong table. At the Kids’ Club, suitable for those aged between three and 12, activities include yoga, dance-offs and nature sessions that provide an insight into the island’s flora and fauna. 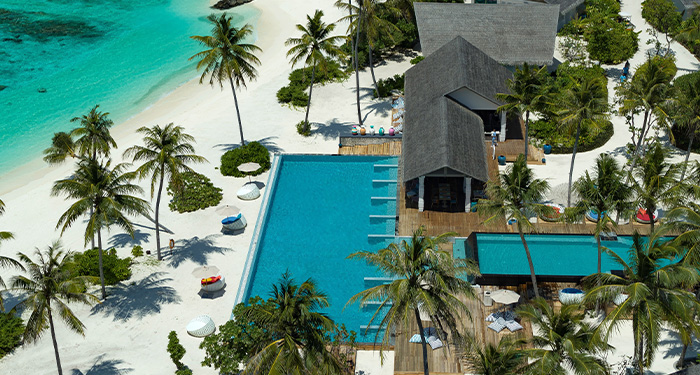 In addition to the usual facilities – pool, spa and fitness centre – this is the first resort in the Maldives to have a licensed art gallery and museum on site, Cora Cora Maldives’ USP connecting guests with culture and history.

The one-room Dutch Onion museum is packed with artefacts found on the Raa Atoll – including pre-Qing dynasty porcelain bowls. Guests can also visit a small archaeological site in the centre of the island, where they can see the remains of two wells – believed to have been used for ceremonial bathing by visitors to a temple that once stood here.

Cora Cora Maldives also offers an excursion to Kandholhudhoo or ‘Tsunami Ghost Island’, which was abandoned after the 2004 tsunami when most of the dwellings were destroyed and its inhabitants had to be relocated. In the abandoned school, rusted signs advocate the benefits of an apple a day and in one building, a thick vine pierces the brickwork, snaking along a crumbling wall. The tour is sensitively done; our guide points out that it’s a startling example of how quickly nature reclaims places like this, and it’s fascinating to see how some of the Maldives’ oldest houses were constructed from coral blocks. Excursions to the island of Kandholhudhoo cost US$90. 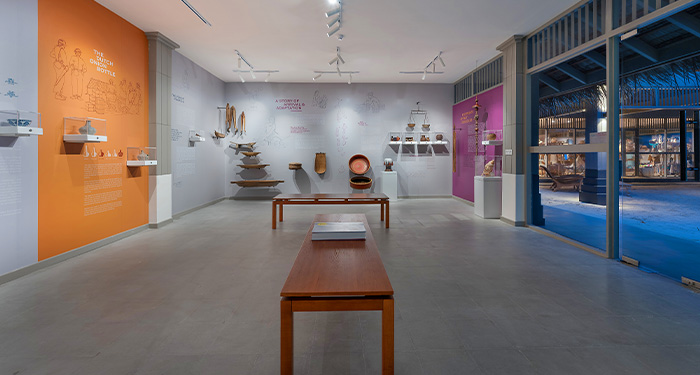 By the end of the week, I’ve fully embraced smaller-island life, and Cora Cora Maldives’ slower pace. Getting to my favourite restaurant doesn’t involve a 10-minute buggy ride, but just a relaxed walk through the resort – and there’s a sense of freedom in knowing nothing is far away. The best things really do come in small packages.