From 4 to 8 February, Abu Dhabi will be the UAE’s culinary capital with a series of event curated by the World’s 50 Best Restaurants

Having waited fruitlessly for the Michelin guide to grace the region, on Monday 7 February the Middle East and Norther Africa’s best restaurants will finally be listed by an internationally renowned body.

With a three-year agreement in place, the World’s 50 Best Restaurants group is working in conjunction with Abu Dhabi Culinary – the food-focused division of the capital’s government-run tourism board – to put the region’s leading restaurants on the global map.

Local chefs have already been honoured ahead of the awards gala with the One to Watch award going to Dubai’s Kinoya and the Best Female Chef award going to Bahrain’s Tala Bashmi.

In addition to the hotly anticipated gala awards, for the first time, the 50 Best Masterclass roadshow lands in the Middle East, bringing with it a series of masterclasses and one-off dining experiences in the capital. Read on for a full list of events taking place, including details on where to watch the live stream of the main event, MENA’s 50 Best Restaurants awards ceremony.

MASTERCLASSES
Chefs from The World’s 50 Best Restaurants list will reveal the secrets behind their signature dishes as part of a live cooking demo, with plenty of tasting and insider tips along the way. Each masterclass ends with a Q&A session where the audience can grill some of the world’s best chefs. 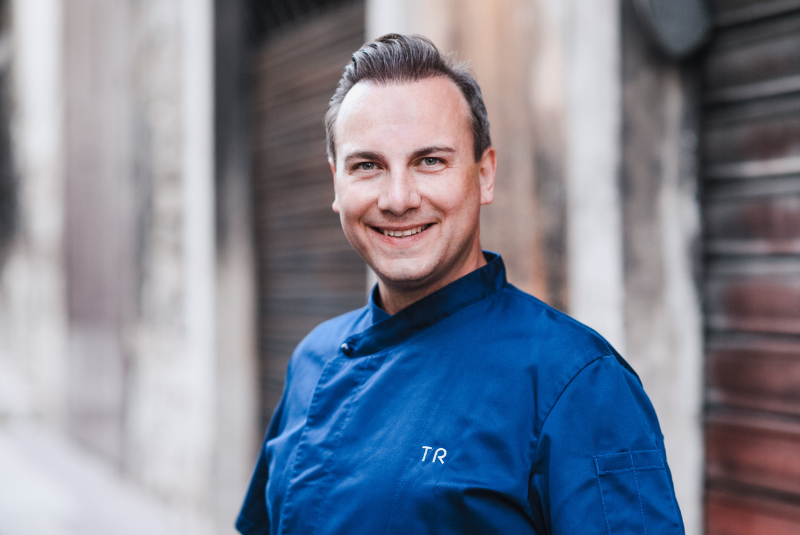 3:15pm-4pm: Tim Raue, Restaurant Tim Raue, Berlin
Germany’s highest-ranked chef and one of the stars of Netflix’s Chef’s Table series Tim Raue (pictured above) has spent a lifetime defining a completely unique cookery style. Leaning on Japanese techniques and a minimal use of carbohydrates or heavy sauces, Raue’s future-proof cuisine is in tune with the way diners want to eat. His eponymous Berlin flagship is ranked number 31 in The World’s 50 Best Restaurants 2021. In his masterclass he will show guests how to make his signature wasabi langoustine and sanghachi pike perch. 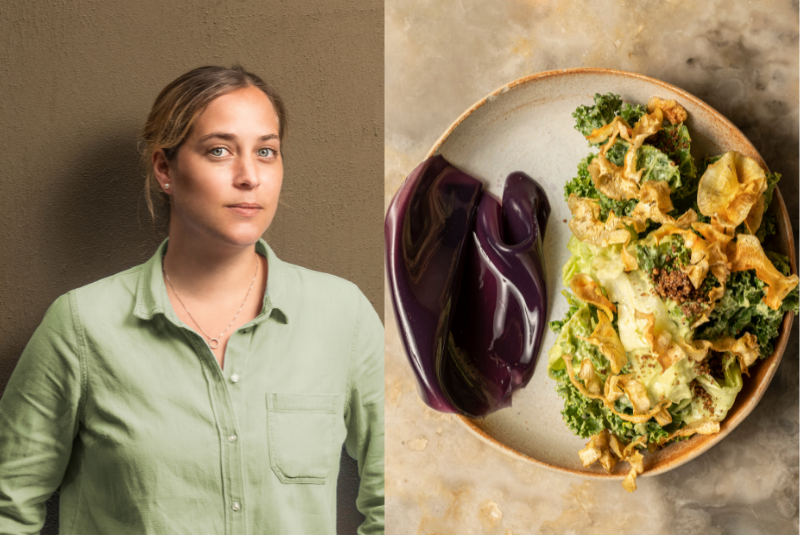 4:45pm-5:30pm: Pía León, Kjolle, Lima
The World’s Best Female Chef 2021 is the cook behind some of the world’s most seminal restaurants. Peru’s Central – which León runs with husband Virgilio Martínez – was named Restaurant of the Decade in Latin America’s 50 Best Restaurants 2021. The chef recently launched Kjolle, her first solo project. Her cooking focuses on the topography of Peru, exploring its varied ecosystems and the unique ingredients associated with each location. León will be showcasing her country’s produce in her Abu Dhabi masterclass, giving the audience a one-time chance to see how it is prepared and, of course, how it tastes. 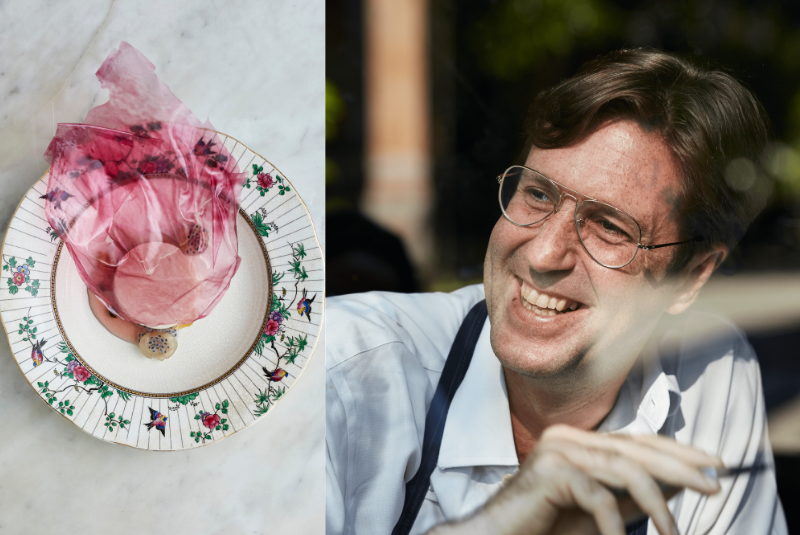 6:15pm-7pm: Will Goldfarb, Room 4 Dessert, Ubud
One of the world’s best-travelled chefs and another star of Netflix’s Chef’s Table, Goldfarb has worked in France, Spain, Australia, the UK and his native USA before deciding to settle in Bali, Indonesia to open his restaurant, Room 4 Dessert. His studied approach to sweet cookery saw him announced as The World’s Best Pastry Chef 2021, where he was lauded for his technical skill and style of food that sees him harness the healing properties of ingredients, in particularly herbs and plants native to Bali. For his masterclass, Goldfarb will be preparing and revealing the secrets behind three desserts that each mark a key milestone in his career: Red, Incidente Stradale and The Sugar Refinery.

All masterclasses take place at Liwa Suite, Yas Marina Circuit, Yas Island, Abu Dhabi; tickets cost AED400 (US$108) each, or buy a ticket to all three masterclasses for AED750 (US$204) here

FOR MORE NEWS YOU CAN USE, SIGN UP FOR CONNECTING TRAVEL’S WEEKLY BULLETIN 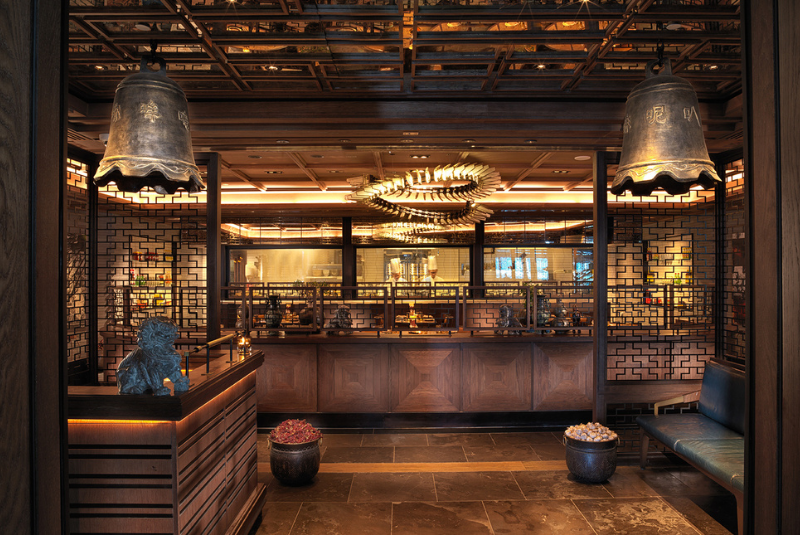 1pm-4pm: 50 Best Experiential Dining – Pía León: Peruvian Paradise
The first of two experiential dining events in Abu Dhabi, this is an opportunity to discover game-changing Peruvian cuisine created by Pía León via an intimate lunch exploring the culinary ecosystems of Peru. A boat will whisk guests from the mainland to the pristine Nurai Island, where the scene will be set for a delicious afternoon. Zaya Nurai Island; AED2500 ($680); buy tickets here 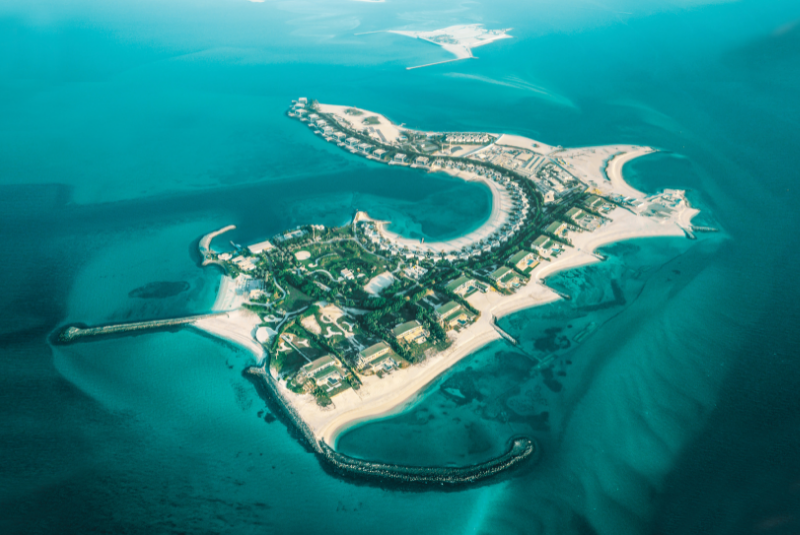 A host of stars from the MENA region debating the current food scene will be joined by The World’s Best Pastry Chef, Will Goldfarb who will enlighten the audience about the healing power of food.

The event will also include a one-of-a-kind ‘Falafel Off’, where the MENA regions’ varying takes on this emblematic dish will be presented for tasting to the audience to compare and contrast different flavour profiles at play from Egypt, Lebanon and the UAE. Paddock Suites, Yas Marina Circuit, Yas Island; AED150 (US$40); buy tickets here 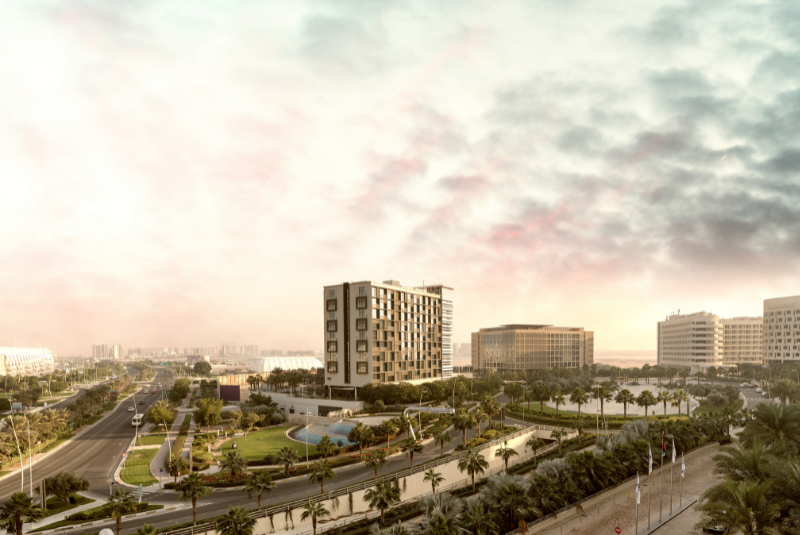 8pm: Collaboration Dining Series – Julien Royer x LPM
French chef Julien Royer is the mastermind behind Odette, the Singapore restaurant that was twice named number one in Asia’s 50 Best Restaurants. His lightness of touch and outstanding palate balances Asian ingredients with French technique, and Royer will be teaming up with the LPM chefs to create a unique collaborative menu that will combine some of the greatest hits of both restaurants. LPM, The Galleria, Al Maryah Island; AED595 (US$160) plus beverage pairing at AED250 (US$70); register for tickets here 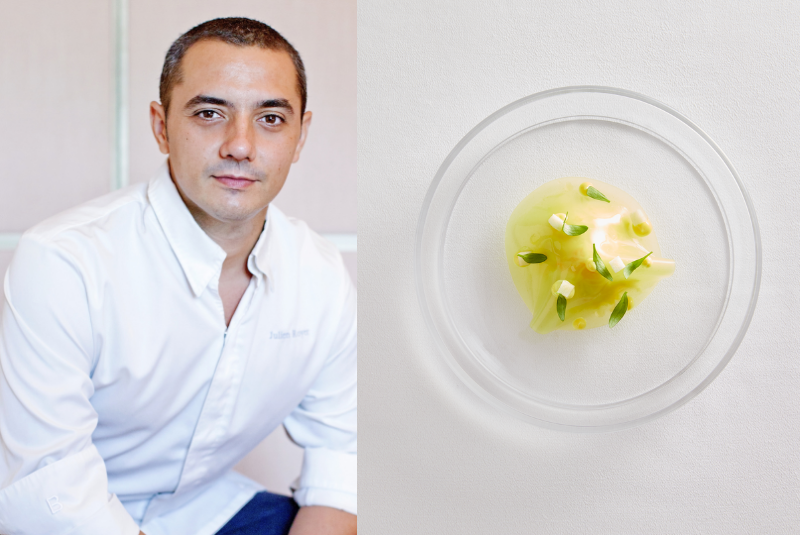 8:20pm: MENA’S 50 Best Restaurant Ceremony online
The invite-only gala hosted at the Conrad Abu Dhabi Etihad Towers, will begin with a 6pm reception. The Middle East & North Africa 50 Best Restaurants ceremony will then be streamed live online for all to see. Bookmark www.theworlds50best.com

8pm: Collaboration Dining Series – Natsuko Shoji x Tori No Su
Natsuko Shoji, Asia’s Best Pastry Chef 2020, is the chef-owner of restaurant Eté in Tokyo. She is revered for her pastry craft, making intricate desserts featuring the livery of leading designer brands, while her bespoke cake-making business counts the likes of David Beckham and René Redzepi as happy customers. She’s also a skilled savoury cook, trained in the classical French style, and will be contributing her finest dishes to a menu by Japanese restaurant Tori No Su. Conrad Abu Dhabi Etihad Towers; AED480 (US$130); buy tickets here 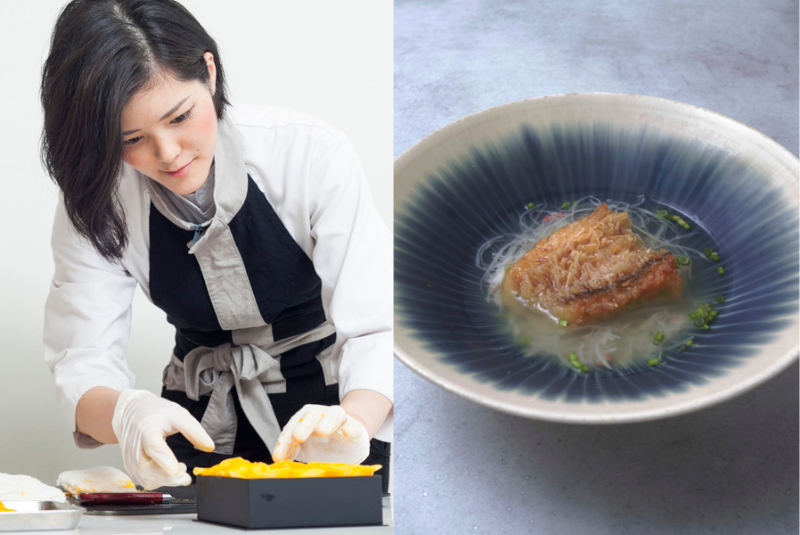 8pm: 50 Best Experiential Dining – Dave Pynt: Playing with Fire
Aussie chef Dave Pynt has worked at some of the best restaurants on the planet, from the current World’s Best Restaurant Noma in Denmark, to the legendary Asador Etxebarri in Spain and St John in the UK. All have influenced the grill-led cookery that defines his restaurant Burnt Ends in Singapore, which is number 34 on The World’s 50 Best Restaurants 2021 list. Pynt will appear in Abu Dhabi’s BBQ Al Qasr for a one-off barbecue experience, where myriad meat and vegetables will be exposed to the tender kiss of fire and smoke. The experience will begin with an exploration along the beach front and end with decadent desserts by candlelight. BBQ Al Qasr, Emirates Palace, AED950 including welcome drink (drinks pairing not included); register for tickets here 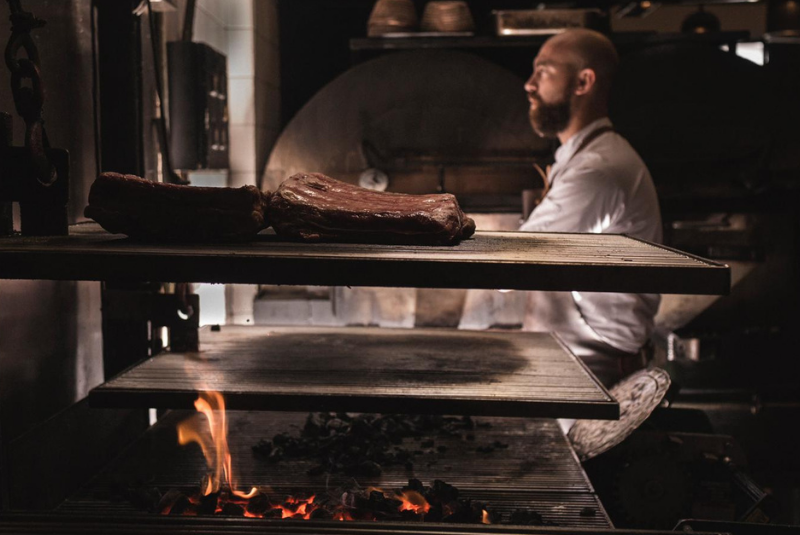