NCL's Pride of America is the easiest way to tour the island paradise with only a week to spare, says Jane Archer

It’s raining as we set off from the port to get to Volcanoes National Park. “That’s Hilo for you,” says our guide Lili cheerfully, adding, “This is the wet side of the island; it’s why the locals run away to Kona, on the other side. They have 300 days of sun.”

Volcanoes National Park is on Hawaii, aka the Big Island, where Halema’uma’u crater is still smoking after Kilauea erupted in 2018, spewing lava and ash into the air. “It looked amazing, but was so scary,” Lili recalls. 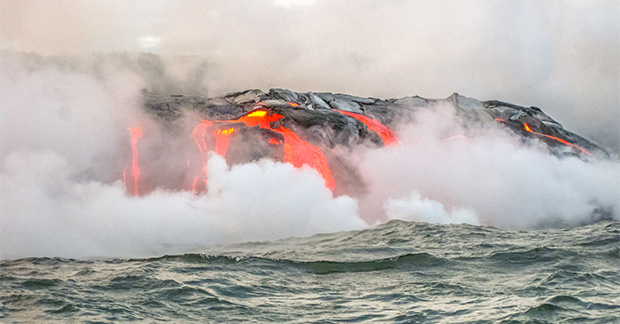 As we enter, a sign warns drivers to watch for cracks in the road. That was added after the blast, Lili tells me. Not at all worrying, then. She takes us to three vantage points to see the smouldering crater. At the last stop, steam escapes from the ground as water below boils in the hot lava.

I’m cruising Hawaii with Norwegian Cruise Line, the only company with a ship based in the islands year-round – and actually one of only two lines (the other being UnCruise) allowed to operate inter-island cruises under America’s Jones Act, as the vessels must be both US-flagged and have an all-American crew.

It means that instead of spending four or five days at sea getting to the islands from the US West Coast (and the same going back), as offered by other lines, I’ve flown straight to Honolulu for my cruise. In just a week, we’ll be visiting Maui, Hawaii and Kauai, with overnights in the first and last ports; add in a few pre- or post-cruise nights in Oahu and you still haven’t used up too much holiday time. 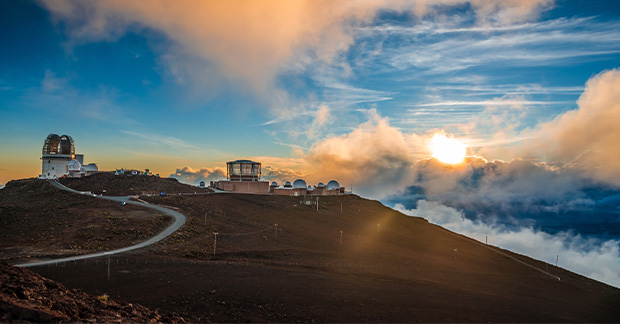 Embrace Americana: NCL Style
NCL’s Hawaii ship, Pride of America, turns out to be a shrine to all things Stateside. There are live bands and game shows in the Mardi Gras Lounge, a Cadillac diner with music from the Sixties, a South Beach pool with an Ocean Drive bar and Texas-sized steaks served in Cagney’s, one of more than seven places to eat on board.

In a nod to our route, there’s Aloha Café, Big Wave beer behind the bar and lei-making classes

Most guests on board the 2,186-passenger capacity ship are American, many cruising with kids and teenagers, but a handful have made a longer trip. Gary Anslow, NCL senior director of sales for the UK and Ireland, says, “This is a wish list destination, so it’s very different, and Pride of America is a great way to see it.” 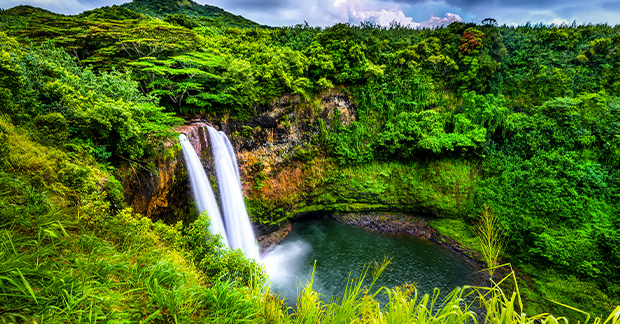 Hawaii is famous for its waterfalls

Hawaii Cruise: Ideal for Honeymooners
The islands are spectacular, with lush rainforests, exotic plants, gushing waterfalls, arid plains, fabulous beaches, great surf – and those volcanoes. They might be part of the US, but Oahu aside – where lively Waikiki Beach has designer shops, luxury hotels and surfers galore – these islands feel a million miles from New York and LA.

“It’s perfect here for honeymooners because there’s nothing to do in the evenings,” says Rosario, my guide in Kauai, only half joking.

Just 72,000 people live on the island, a 13-storey hotel passes as a skyscraper and only a couple of bars stay open late

We’re on our way to Wailua River for a short cruise to Fern Grotto, as pretty as the name suggests, where we’re greeted with a Hawaiian wedding song. “You’re all married now,” our host proclaims, then joins us for singing and hula dancing while we cruise back down the river.

As this is my first time in Hawaii, I’ve opted to go with NCL’s excursions – a wise move, it turns out, because all ports bar one (Kona, where we go ashore in tenders, landing right in town) are miles from the downtown areas, and there’s no sign of any tour firms or taxis touting for cruisers’ business.

NCL's Hawaiian Cruise Excursion Highlights
NCL has loads of fun excursions. You can paddle an outrigger canoe, get down and dirty in an off-road mudbug, taste volcanic wine – or even slide upside down on a zipline.

“Our tours are the best way to experience the islands and [they] offer everything from high-octane trips to hiking and sightseeing,” says Anslow.

I decline the adrenaline stuff, instead adding a "waterfalls and rainforest hike" to my volcano and river tours. I also spend the evening at a luau – a colourful song and dance show. Locals act out how the Polynesians arrived here centuries ago.

The wealth of different excursions on offer provides a way to experience the best of the islands. And travelling through Hawaii on a cruise – not least on a ship that’s based here – makes this an easy way to see a lot of Hawaii in a short time. Just fly in, hop on, and let the captain do the rest. 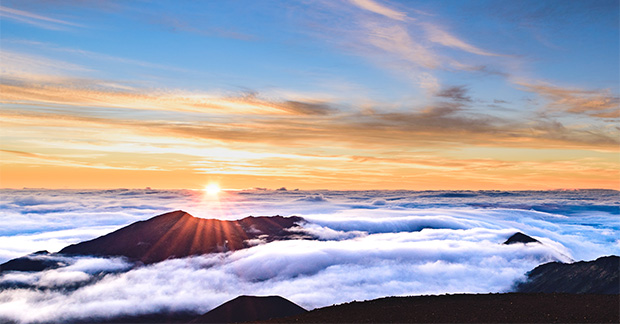 Must-do: Sunrise in Maui
Watching the sun rise over Maui from the edge of Haleakala crater, 10,000 feet above sea level, is a magical experience but comes with a horribly early start. By 3.30am, we’re already on the road as there’s a near two-hour drive and a lot of zigzagging to get to the top of the volcano.

“You’re in the most remote spot on the most remote islands in the world,” guide Preston proclaims as we get there. Given the crowds waiting to welcome the sun, it’s hard to believe. The sky has a magnificent amber glow and slowly the first rays peek through. More, more... then suddenly a new day has begun.

It may happen every morning, but witnessing it from here, on top of the world, feels so special

It’s a brilliant start to the day – and so early we’re back on board Pride of America in time for breakfast. The tour lasts six hours and costs from US$219 per person.

Book it: The seven-night Hawaii: Inter Island cruise on NCL’s Pride of America costs from US$1,830 per person, departing 14 January 2023. The price includes drinks and Wi-Fi, some speciality dining and US$50 shore excursion. Contact Rebecca Ransom, Business Development Manager Middle East on  +44 7961 300729, rransom@ncl.com