The hotel's new look is inspired by Istanbul's history and heritage

Opened in 1996 in the heart of the old city, Four Seasons Hotel Istanbul at Sultanahmet has re-emerged following a refurbishment that honours the host city's history while keeping the property's "intimate residential feel".

The new-look interiors of Four Seasons Hotel Istanbul at Sultanahmet have been designed by award-winning design studio Goddard Littlefair.

The hotel's newly landscaped terrace features zones for dining and lounging that can be both "private and peaceful or lively and animated". From breakfast to dinner, different experiences will be offered throughout the day.

The culinary team, led by Turkish executive chef Özgür Üstün, will serve Anatolian cuisine created with the local produce at the new Avlu Restaurant, situated in the courtyard.

The hotel’s rooftop bar has reemerged as Süreyya, with views of the Hagia Sophia Grand Mosque, the Blue Mosque and a striking silhouette of the Old City. 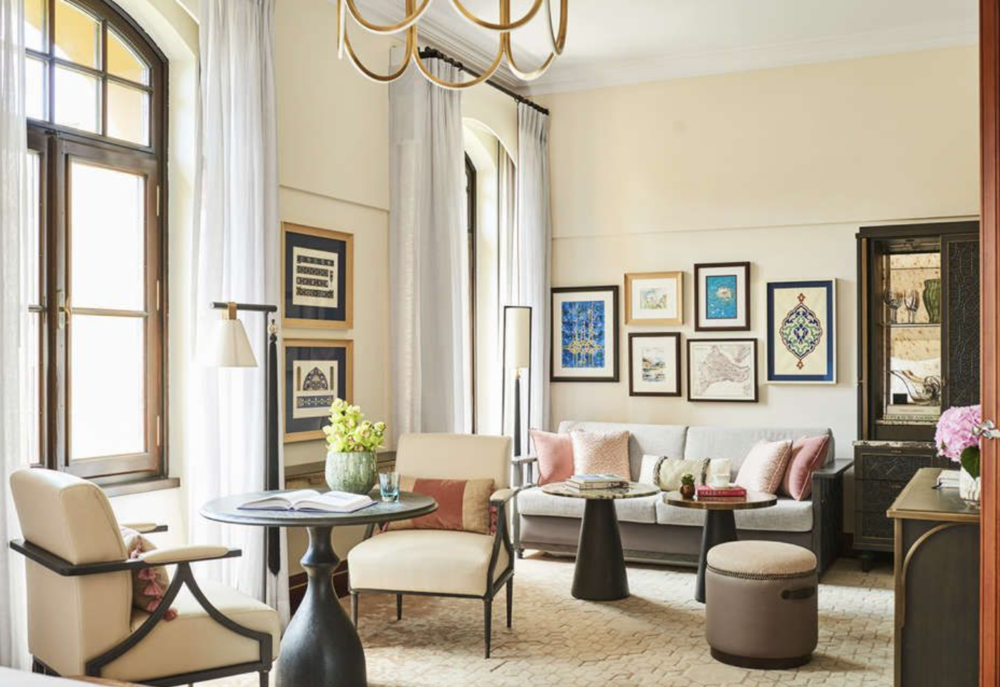 There's also new bar Lingo Lingo, which sits in the heart of the building with an adjacent elevated private dining space.

The property’s new wellness area features a traditional Turkish barber, a beauty salon, a gym and a luxury spa. The softly lit marble-lined spa pays tribute to the local wellbeing offering with a Turkish hammam.

On the ground level of the hotel, the function spaces have also been completely refurbished, including the ballroom, which now benefits from enhanced acoustics and lighting.

With indoor and outdoor spaces, the hotel can cater to both corporate retreats and social gatherings.